The review consisted of visits to 32 schools and colleges, discussions with school and college leaders, over 900 children, teachers, governors, local safeguarding partners (LSP), parents and stakeholders.

The review found that for some children incidents of sexual abuse are so common that they see no point in reporting them. It was apparent that girls’ sexual harassment and online sexual abuse is much more prevalent than adults realise.

High numbers of children, 92% of girls and 74% of boys said sexist name-calling is a regular occurrence, meaning many children view harmful sexual behaviour as normal.

The report highlights the lack of reporting of sexual abuse and harassment by children. In some cases there was a concern regarding the repercussions of reporting it, children feeling that no further action will be taken and the feeling of it being too little too late.

It was noted that in some schools and colleges some teachers and leaders underestimated the scale of the problem. There was an apparent lack of understanding, training and awareness surrounding sexual abuse and harassment.

As part of the review local safeguarding partners were met. Findings suggest that there were varying levels of oversight and understanding of the issues children and young people face in their area. Ofsted noted that in some cases it was apparent that some LSPs were not aware of the level of sexual abuse and harassment taking place.

Finally the review highlights the need to update inspectorate training. Both Ofsted and Independent School Inspectorate (ISI) will update their inspection handbooks and policies.

We continue to ensure students at our schools and academies feel safe and listened to. Below is the link for pupils to report child on child sexual harassment and abuse, knowing that they will be listened to and supported:

A new online tool has been launched by Childline and the Internet Watch Foundation, which will allow the under 18s to report any nude image of themselves that have found their way onto the internet.  This is simply done by creating an account with Childline and reporting a particular image. The tool can be found by following this link

Our Safeguarding Team and Approach at The Fen Rivers Academy

The Fen Rivers Academy fully recognises the responsibility we have to safeguard and promote the welfare of young people. We are delighted to have been recognised by The Safeguarding Alliance for the work carried out to continue to safeguard all of our learners and staff during the Covid19 pandemic.

The Designated Safeguarding Lead for The Fen Rivers Academy is Amanda Fewkes, who can be contacted at a.fewkes@thefenriversacademy.org.uk

The Deputy Designated Safeguarding Leads are:

Looked-after children are registered pupils that are:

Previously looked-after children are registered pupils that fall into either of these categories:

A Personal Education Plan (PEP) is part of a looked-after child’s care plan that is developed with the school. It forms a record of what needs to happen and who will make it happen to ensure the child reaches their full potential.

Virtual school head (VSH) is a local authority officer responsible for promoting the educational achievement of their authority’s looked-after children, working across schools to monitor and support these pupils as if they were in a single school. The VSH is also responsible for providing information and advice to schools, parents and guardians in respect of previously looked-after children.

If you have specific concerns about the safety of a child or young person, please follow the link on the Home Page of the NSCB website or call Norfolk County Council Children’s Services on 0344 800 8020.

If you need to report an allegation of abuse against a person who works with children, you need to contact the Local Area Designated Officer (LADO). Norfolk County Council Children’s Services LADO team can be contacted on 01603 223473.

Links to other organisations

The Fen Rivers Academy works with many other organisations and agencies to support and safeguard the young people with whom we work.

If you are worried about yourself or someone else, the following links may be useful in directing you to an organisation that can help:

Just One Norfolk Support and Advice for Families 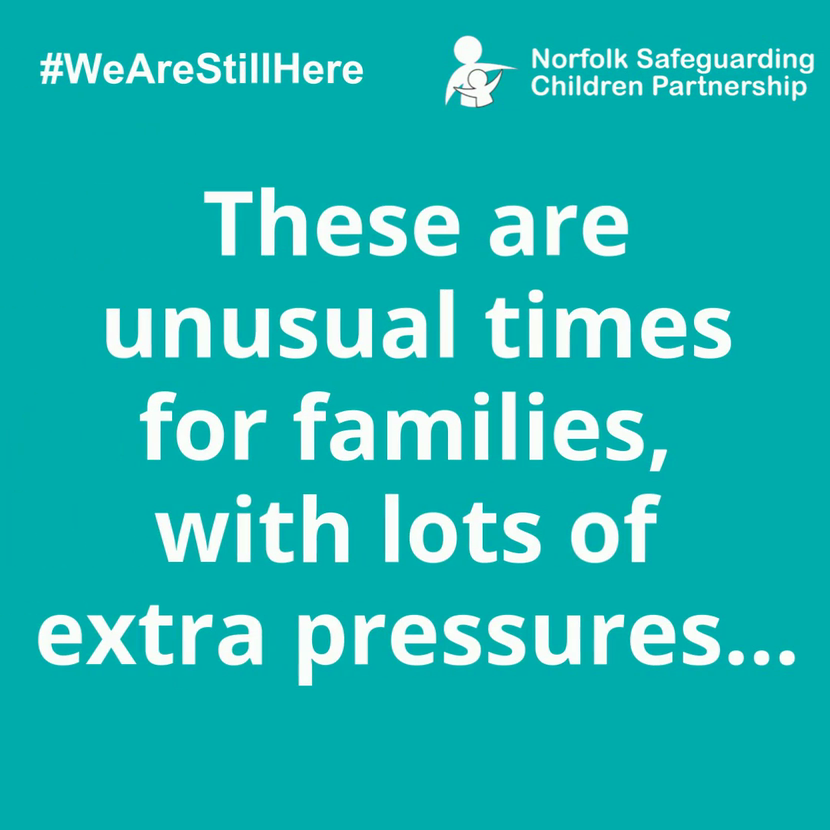 Operation Encompass is a unique police and education, early intervention safeguarding partnership which supports children and young people who may have been exposed to domestic abuse. Developed in Devonport Plymouth in February 2011 by a Police Sergeant and his wife, a Head-teacher It was launched in Norfolk in 2016 following a recommendation from a Serious Case Review (Case Q 2016;  NSCB Serious Case Reviews). It is a system which provides an early notification to key adults within a school when a pupil may have been affected by domestic abuse. In response to this notification, schools are able to ensure the appropriate support is available for that child. There are currently 96% of Schools signed up to take part in Operation Encompass in Norfolk and Encompass has now been established and currently operates in some form in 33 forces in England and Wales.

Domestic Abuse Champions are a network of specially trained colleagues and peers throughout Norfolk who provide help and support to anybody experiencing domestic abuse (DA). Victims of DA go to as many as 10 different agencies before they get the help, advice and support they need and many front-line staff struggle to know how to respond. Our network of Champions will bring lasting and positive change making Norfolk a place where people affected by domestic abuse can be supported from first contact to reduce risk and prevent harm.

Whilst we do not currently have students in Key Stage 4

Unfortunately not the ones with chocolate chips.

Some cookies are necessary in order to make this website function correctly. These are set by default and whilst you can block or delete them by changing your browser settings, some functionality such as being able to log in to the website will not work if you do this. The necessary cookies set on this website are as follows:

Cookies that are not necessary to make the website work, but which enable additional functionality, can also be set. By default these cookies are disabled, but you can choose to enable them below: